A brand-new tattoo may look precisely how you want it to—but it won’t stay that way if you neglect to care for it. Even with the help of the best tattoo artists in Buffalo, part of proper tattoo aftercare is moisturizing, moisturizing, and moisturizing. A tattoo is essentially an open […] 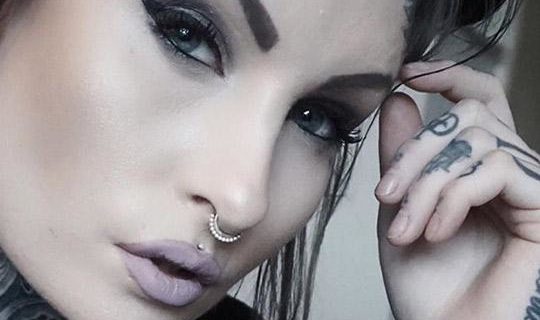 Still taboo among specific workplaces and family environments, a nose piercing is a big decision. Yet what anti-piercing individuals tend to forget is the fact that a nose stud is removable—and often quite fashionable! If you’re on the fence about a facial piercing, take a look at the following varieties […]

To most ink enthusiasts, a tattoo is considered a lasting piece of art—keeping it that way requires a particular level of aftercare. Contrary to what it appears to be, the process of tattooing is akin to that of a medical procedure. Open skin is vulnerable to scarring and infections and […]

(In)visible Ink: Clever Places to Hide Your Tattoo Though more widely accepted across increasingly progressive work environments, tattoos aren’t celebrated by all. Even a tattoo your mom will love may not bode so well with dad and whether to ink up a spot that can rest easy behind a lock […]

A more common occurrence that it seems, infected ink is more of a nuisance than it is a genuine cause for alarm. If not properly disinfected and bandaged, you could be walking out of a tattoo shop with a growing rash. There are many ways by which a tattoo can […]

You’ll know a freshly-inked individual from the crowd when you spot cling wrap around their still-dripping piece. Though the center of a heated discussion regarding whether or not to cover up your tattoo, some of the best tattoo artists will recommend it to keep your piece protected from external infections. […]

Despite the idea of a tattoo becoming more socially acceptable in otherwise clean-cut, white-collar industries, some rumors and stereotypes still remain. More often than not, they’re offensive but also totally laughable. Unlike how they’ve been depicted for years, tattoos can be incredibly freeing and empowering for those who get them. […]

More difficult than deciding to embark on your first tattoo is deciding what design to get in the first place. Having to worry about placement, size, color, and what will be symbolic to you is another added stressor that can delay your session altogether. If you thought having to deal […]